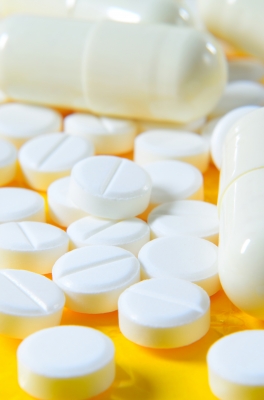 Inattentive ADHD treatment should not be the same as the treatment for the other subtypes of ADHD. The symptoms of people with Inattentive ADHD (ADHD-PI) and Sluggish Cognitive Tempo (SCT) are different and their response to stimulant medication is quite different. The treatment of ADHD-PI proves to be more difficult for some psychiatrist and psychologist because people without hyperactive or impulsive symptoms will not respond to stimulants as positively and in the same way as typical ADHD patients will.

When using stimulants to treat Inattentive ADHD, the Adderall family of stimulants may perform better than the Ritalin family. Ritalin has been found in studies to make individuals with no hyperactive symptoms, such as those with SCT or ADHD-PI, feel strange, anti-social or depressed. Ritalin acts differently than Adderall on the Neurotransmitters that are thought responsible for the symptoms of ADHD-PI but it is not clear why some people treated for Inattentive ADHD with Ritalin tolerate it so poorly.

Adderall, which is in the amphetamine class of stimulants, may occasionally also cause the side effects described above but studies have proved them to have less of these negative side effects and be better tolerated by patients with SCT and ADHD-PI when compared to the Ritalin or Methylphenidate family of stimulants.

When using stimulants to treat Inattentive ADHD, practitioners must follow a “start low and go slow” approach because researchers have found that treating ADHD-PI is best achieved with low doses of stimulants that are titrated or adjusted to higher doses slowly.

Russell Barkley, arguably the most respected expert in the ADHD scientific community, has reported that when treating Inattentive ADHD, physicians should expect that only one in five Inattentive ADHD patients will show a sufficiently therapeutic response to stimulant therapy to justify maintaining them on medication. Two thirds will show a mild improvement but those improvements are not enough to call them clinical responders. Barkley goes on to say that the dosing used to treat ADHD-PI is also different. He reports that the other subtypes do better on moderate to high doses of stimulants whereas, “Inattentive children, if they are going to respond at all, respond at very light doses, very small doses.”

These same researchers have observed that when stimulants are used to treat people with Inattentive ADHD or SCT, that these patients become sluggish and their symptoms appear to worsen. Decreasing the activity level of people who have low activity levels to begin with, as is the case in Sluggish Cognitive Tempo, or normal levels of activity, as is the case of ADHD-PI is, they report, inappropriate.

Some psychiatrists have found that a few ADHD-PI and SCT patients do better when treated with Atomoxetine (Strattera) or Guanfacine (Tenex). These medications act on different neural pathways that are thought to be amiss in ADHD-PI and SCT. These medicines act less on motor activity and some psychiatrists and researchers believe that they are, therefore, better candidates for treating Inattentive ADHD symptoms such as slow cognitive processing and working memory deficiencies.

Cognitive Behavioral Therapy (CBT) has been found to be more useful for treating the Inattentive subtype of ADHD than it is for treating the combined type or Hyperactive/Impulsive type of this disorder. The CBT treatment strategies that work best for treating Inattentive ADHD are behavioral therapies that specifically target the symptoms that are most problematic in ADHD-PI and SCT. Cognitive behavioral programs that address motivational deficiencies, memory problems, organizational skills deficiencies and time management problems have been shown to offer great promise for the treatment of ADHD-PI and SCT.

Cognitive Behavioral Programs designed for the Hyperactive/Impulsive and Combined types of ADHD will not be nearly as useful for the treatment of Inattentive ADHD. These programs tend to address different areas of difficulty such as impulsive behavior that do not need remediation or treatment in patients with ADHD-PI and SCT. These programs often pay less attention to the unique difficulties seen in ADHD-PI, such as the everyday memory failures and motivational deficits that can cause major disruptions in the lives of people with ADHD-PI and SCT and for these reasons, they will be less effective.

Tess Messer is a Physician Assistant who has published over 200 articles on the Inattentive subtype of ADHD. Do you need more information on Inattentive ADHD? Visit: http://primarilyinattentiveadd.com

For a free organizational guide for the student with Inattentive ADHD, please visit:: http://www.primarilyinattentiveadd.com/2010/12/inattentive-adhd-but-organized.html