7 Questions That People Ask About ADHD

Understanding everything you can about ADHD makes it much easier to deal with – especially when it comes to talking to other people about it! There are still lots of people who don’t believe it’s real and they might try to catch you out by asking you awkward questions about it! The solution is to arm yourself with knowledge so you can answer anything they throw at you … to get you started, here are 7 questions that people ask about ADHD, with the answers. 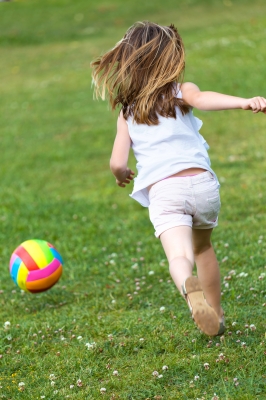 Is ADHD a childhood disorder?

While ADHD is most commonly seen in childhood, it doesn’t magically disappear when kids turn 18 – although some people do learn to live with it and compensate for the symptoms. There was once a theory that individuals outgrew the symptoms when their hyperactivity decreased. It was later discovered that people who are hyperactive don’t STOP being hyperactive – they just slow down! Their ADHD might not be so visible but they still have it.

My kid is not hyperactive. Does that mean she doesn’t have ADHD?

ADHD is not just about being hyperactive. It is one of the symptoms, but impulsivity and inattention are also parts of the condition, and there are kids with ADHD who don’t manifest all the symptoms.

Is there a connection between food additives and ADHD?

This is a very controversial topic among parents, experts and people diagnosed with ADHD. Technically, we cannot say that there’s a link between the two because there’s no proof so far. However, there are food additives – usually those with an E number, which have passed safety tests and are widely used – that do seem to have an adverse effect on existing ADHD symptoms. As a parent make sure you check and observe your child’s behaviour in relation to the food they eat so you know what foods to avoid.

Can adults get ADHD too?

ADHD is not a disease that you can acquire; it’s a lifelong condition. Often people don’t realise till adulthood that they have it, because it went undiagnosed when they were a child – perhaps because they were just labelled as a naughty kid, or a dreamer, or lazy.

Can ADHD have advantages too?

Did you know there are loads of successful and famous people that have ADHD? Although ADHD can be difficult in many ways, people with ADHD also possess positive characteristics that allow them to excel.

Is there a test for diagnosing ADHD?

No, there is no available test to diagnose ADHD. Doctors use thorough assessment and evaluate a child’s development and behaviour to check if they have the disorder.

Do all kids with ADHD need to take medication?

This will depend upon the recommendation of your doctor after conducting a comprehensive assessment. In general, medication is the most effective treatment but parents have the freedom to choose and decide whether they will go with giving their ADHD child medication or use other means such as psychosocial intervention.