ADHD is NOT about childhood immaturity

Last week the news websites have been full of headlines like “ADHD children may just be immature” and “ADHD is vastly overdiagnosed and many kids are just immature” and “Children diagnosed with ADHD may just be immature for their class”. This follows the release of some research from Taiwan that finds the rate of ADHD diagnosis is considerably higher in children born in August than those born in September. 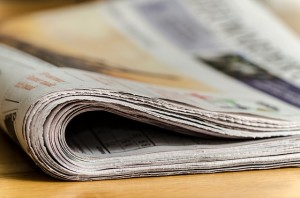 Of course some parts of the media generally pounce on any opportunity to declaim ADHD as made up, or bad parenting, or a money-making invention of pharma companies. And every time a story like this breaks, it makes life for parents like me – parents of a child with ADHD – that little bit more difficult. We struggle every day to manage our child’s behaviour, to cope with our own stress and to overcome the negative perception of ADHD. Articles like this do our cause no good at all.

So what was the article really about? Did the papers once again get the wrong end of the stick? In my opinion – yes.

I actually took the time to read the original research and it does indeed find that almost twice as many children born in August are diagnosed with ADHD as those born in September.

Children born in the summer months are sometimes almost a year behind their peers, so their behaviour can be more immature. They can’t concentrate for as long, they can’t sit still for as long, and they are less likely to be able to follow instructions or remember things or avoid shouting out. And that makes perfect sense.

What doesn’t make so much sense is that, according to this research, those children are more at risk of being diagnosed with ADHD than other children.

It makes no sense because ADHD isn’t fussy – it doesn’t choose people depending on their skin tone or location or eye colour – or the month they were born.

Which says to me that many of these summer babies are being diagnosed wrongly. In fact, the research ends: “Relative age, as an indicator of neurocognitive maturity, may play a crucial role in the risk of being diagnosed with ADHD … Our findings emphasize the importance of considering the age of a child within a grade when diagnosing ADHD.”

In other words, what the research recommends is that when diagnosing ADHD, doctors need to pay more attention to the relative age of a child as being a key factor in the symptoms the child is displaying.

ADHD and natural childhood immaturity can display the same symptoms – but this doesn’t mean they are the same thing. The report doesn’t state that children born in August are more likely to have ADHD, simply that they are at greater risk of being diagnosed with it because of their immaturity in relation to older children in their class. But what about all the children with ADHD who were born in the other eleven months of the year? Can we put their ADHD down to immaturity too? Of course not.

ADHD is a real, biological condition that affects every aspect a child’s life. And it’s not confined to children either. Many adults have the condition, often adults who have struggled all their lives but were just written off as lost causes or naughty kids. Once again the media has latched onto research and completely misunderstood the findings, to the detriment of the thousands of people diagnosed with ADHD – most of whom weren’t born in August. It’s about time we started giving them a break.

Sky News interviewed me about the research, and showed the piece on their website and on the evening news programme. Sadly they chose to cut the section where I talked about the flaws in the research and just ran the same story as every other media organisation … However, they did include a short extract of me talking about what parenting a child with ADHD is like, and you can see it here.