The Boy from Hell

Excerpt from the book

Saturday 14th August 2001: Today has been a horrible, hateful day. Daniel has pushed me to my absolute wits’ end. Sometimes it really does feel like he is the original child from hell. 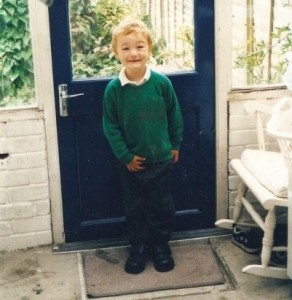 I guess the first real signs that there was something “wrong” with Daniel showed when he was a toddler. He was always on the go, with more energy than he knew what to do with. At home he wanted constant attention and seemed unable to play on his own. Toys seemed to disintegrate on his touch – we often called him Demolition Dan – and he was noisy, destructive and naughty.

Some days it seemed like life was an endless torrent of disobedience, backchat, rudeness, name-calling and aggression, all aimed at me. I always liked to praise Daniel’s good behaviour but sometime there was little to praise, and punishments – being sent to his room, being ignored, treats withheld and the very occasional smack – seemed to make no difference.

All kids go through the toddler tantrum stage but his seemed more extreme than most. He would scream and shout for hours if he couldn’t get his way, if he was tired, if he was frustrated. He would lash out at anyone and anything that got in his way – and woe betide any child that tried to take a toy off him.

As a mother it was difficult to see my lovely baby turn into this red-faced angry monster and at times I found it difficult to cope. I was never a fan of smacking and I would deal with tantrums by ignoring Daniel if possible, or removing him from the situation if other children were in danger. My action normally resulted in me being whacked or kicked and my arms and legs were constantly covered in bruises from such attacks.

Read more in the forthcoming book “The Boy from Hell: Life with a Child with ADHD – due out 6th April 2013. To be alerted when the book is available to buy, join our mailing list.