About ADHD in Children

An extract from the book: 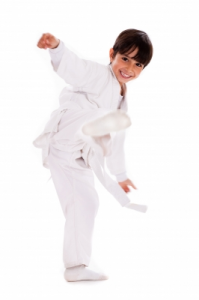 About ADHD in children: ADHD affects between 3% and 7% of school-age children and while the exact cause is not known, evidence points to it being a genetic, hereditary condition where the part of the brain that controls impulses doesn’t receive enough stimulation. In fact, research has found that in families where one child has been diagnosed with ADHD there is a 30-40% chance that another sibling will also have the condition; if the siblings are identical twins the chance increases to 90%.

The diagnosis of ADHD is being rewritten as I write this book but as it stands at the moment there are three distinct types: ADHD, Predominantly Hyperactive; ADHD, Predominantly Inattentive; and ADHD, Combined. You can find the current diagnostic criteria in Appendix One but kids with ADHD are likely to have short attention spans, be easily distracted and act without thinking. They can be disorganised and forgetful, or fidgety and unable to settle easily. They can also be aggressive, obstructive and rude.

According to the Office for National Statistics around 1.7 per cent of the UK population has ADHD.  It affects boys more than girls, on a 4 to 1 ratio, and while some children “grow out” of it – or more likely, learn techniques to deal with it – around 15% of adults diagnosed with ADHD in childhood still have the full range of symptoms and 65% find it affects their daily lives in some way.

More worryingly, international research has found that two thirds of all young men in Young Offender institutions have a history of childhood ADHD, and 50% of men in adult prisons had ADHD as children too.

However, the outlook is good and getting better, as more medical professionals and teachers become more aware of ADHD and put measures in place to help children with the disorder.