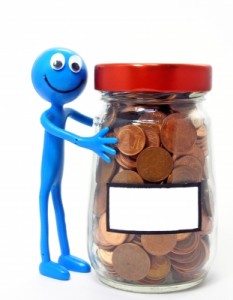 An extract from the book:

I never found that the traditional sticker-type reward charts worked with Daniel. I think he found it hard to visualise the chart full of stickers or the resulting reward so he didn’t see the point of trying to get the stickers in the first place. What we found did work was a kind of reverse reward chart.
I filled a jar with objects – we used the glass beads used for flower arrangements but it could be coins, tokens, Lego pieces, anything really – and every time Daniel misbehaved and broke the rules in some way he lost a bead. At the end of the week any beads left in the jar were converted into pocket money or sweet money.

Somehow being able to see the starting total and watch it decrease seemed to be more effective than trying to add to a chart.  Of course you need to make sure the rules are very clear to your child in advance so they know what is and isn’t acceptable. If your child is really struggling to behave well start small – give them just one or two things that they need to stop doing, rather than a whole list of rules and regulations, and add more as you go.

More in The Boy from Hell: Life with a Child with ADHD