What links Coronation Street, Bella … and me?

If you’re a soap fan, you may be aware that Coronation Street is currently featuring ADHD in one of its story lines. I’m not a big fan of the programme but I understand that one of the characters, Kylie, has been worried about her son Max’s behaviour recently, and after seeing her doctor he has been assessed by a child psychologist, diagnosed with ADHD and prescribed Ritalin.

Now I am in two minds about the actually story line … for a start it seems that until recently Max has always been very well behaved. Anyone with a child with ADHD knows that kids don’t suddenly develop it overnight, it’s something that’s present from a very young age, so that’s one way the storydoesn’t ring true. The speed with which his mother gets him an assessment, diagnosis and medication is not very realistic either – because in the real world it can take months.

The story line sounds like it’s about to take a sensational turn too, when Max’s mother takes his medication herself …. again not a very positive view of ADHD and possibly damaging for all those families across the UK who are struggling to cope with ADHD.

So when Bella Magazine approached me about featuring in their magazine, I couldn’t miss the opportunity to put the record straight, redress the balance and tell our story. I wanted to show other parents that they are not to blame for their kids’ ADHD, that they are not alone, and that there is support out there. I also wanted to prove that there can be a happy ending, as life with my son, while still challenging at times, is definitely much easier and more enjoyable now. 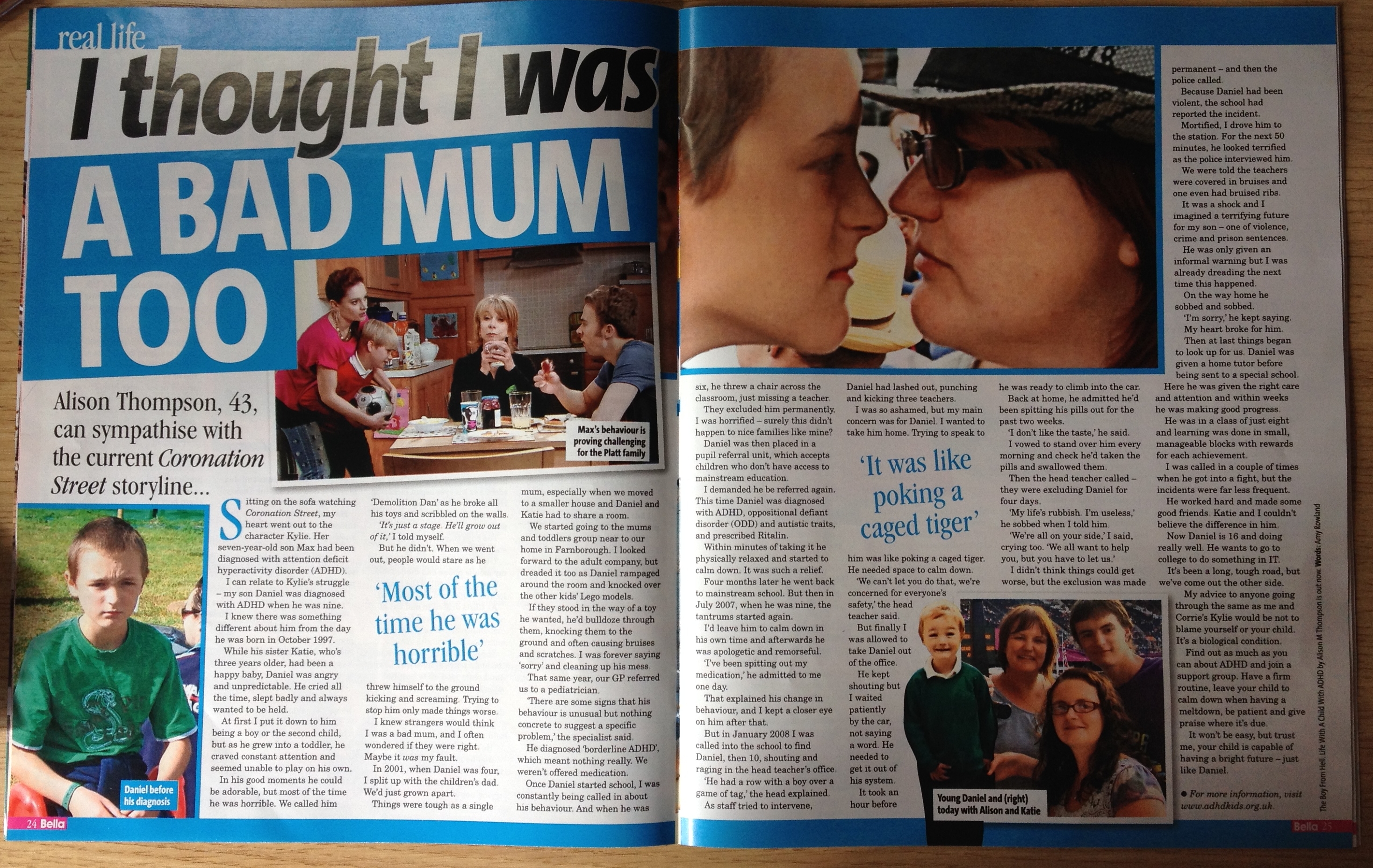 Note: I was paid for this article, but all the money has gone straight into my crowdfunding project for the ADHD Inspiration Day.