My take on the Daily Mail article “Rise in ADHD cases is ‘due to marketing, not medicine'”: 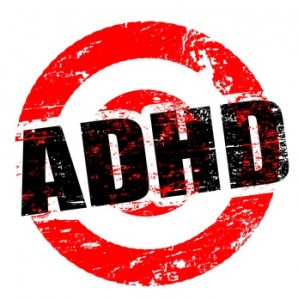 Earlier today I was contacted by a researcher at the LBC radio station. They’d spotted an article in the Daily Mail suggesting once again that ADHD is not real/over diagnosed/a social rather than medical issue, and they wanted me to contribute to a discussion about ADHD. As it turned out, they double booked themselves and didn’t need me after all, but having read the article, I thought I’d share my thoughts anyway.

The article, headlined “Rise in ADHD cases is ‘due to marketing, not medicine’: Study blames increase on drug companies, pushy support groups, and people self-diagnosing online”, talks about a report that has found five key trends in the “global surge in ADHD diagnosis”. The study looked at ADHD in the UK, Germany, France, Italy and Brazil; obviously my own knowledge and experience of ADHD is limited to the UK, but below are my thoughts about each of the five factors.

I would imagine that the big pharma companies lobby for drug treatment for any condition their drugs treat. That’s what they do; that is their business. If they didn’t lobby for their drugs to be considered for treatment of ADHD, they’d be out of business. However, bear in mind that any lobbying they do is within the medical sector only; regulations prevent prescription drugs being advertised to the public in the UK, so it’s not a case of a mum seeing an advert for Ritalin and immediately wanting it for her wayward son!

One the other hand, what is so wrong with someone with ADHD taking medication anyway? If my child had asthma or epilepsy I wouldn’t think twice about giving them the relevant medication to control and manage their condition; why should ADHD be any different?

In addition, the NICE guidelines on ADHD advise that in cases of severe ADHD medication should be the first line of treatment, along with supportive therapies, and that moderate cases should also be treated with drugs if other therapies haven’t been effective or have been rejected (or, as is usually the case, simply aren’t available). In many instances a child is so hyperactive/impulsive/inattentive that they physically cannot access any sort of complementary therapy until their ADHD symptoms have been brought under control with medication.

Yes, some support groups do get sponsorship from the pharma companies. As with all corporations, pharma companies have a corporate social responsibility and it makes sense for them to take some responsibility for the communities they benefit from – those people affected by ADHD. Their sponsorship goes into running support groups and events where people learn more about ADHD and how to manage it – in a number of ways, including but not exclusively medication. Given that ADHD drugs cannot be acquired without a prescription, it’s not like Shires are handing out samples at events!

And I’ve never come across a support group or organisation that has forced drugs down people’s throats, figuratively speaking. Yes, medication is discussed, along with a number of other therapies, but it is always the patient’s or parent’s choice, ultimately. What support groups do is support sufferers and their families, and educate about the pros and cons of medication and other therapies – and they do it very well, despite having very limited resources.

I mentioned the NICE guidelines before. NICE recommends that treatment of moderate ADHD should focus on a range of what I’d imagine are “talking therapies” such as parent training/education, social skills training, cognitive behavioural therapy and school interventions, and that severe ADHD treatment should be a combination of medication and therapy. And in an ideal world yes, that would be fabulous. No parent wants their child to have to take medication. Believe me, it’s a tough call to make, and every parent I’ve met has tried everything they can before they’ve resorted to medication; it really is a last resort in many cases.

The problem is there just isn’t the support out there. When a child is diagnosed with ADHD, medication is usually the only option on offer because funding for mental health therapies has been cut to the bone. There is very rarely an offer of a suitable parenting course, and I’ve never heard of a child being offered CBT through the National Health Service. In fact, a mother I spoke to recently said her child had been discharged from CAMHS because they’d turned down medication and CAMHS quite simply had nothing else to offer. So yes, treatment of ADHD with talking therapies has been eroded and medication is usually the first (and only) intervention offered – but it’s because of a lack of funding, not because drugs are the favoured option.

I’m guessing this refers to the popularity of DSM-V (created by the American Psychiatric Association) in diagnosing ADHD. The NHS officially used the World Health Organisation’s ICD-10 for diagnosis, which is considered by some to be more rigorous in its criteria. However, while DSM-V is solely concerned with mental health conditions, ICD-10 has a wider scope and includes diagnostic information on all diseases and health conditions. Perhaps it could be considered that a tool that focuses exclusively on mental health is going to be more relevant to a mental health issue than a more diverse tool? Also the use of the DSM to diagnose ADHD is not a particularly recent thing – it was the criteria used when my son was diagnosed back in 2006, so it’s not a recent turn of events. And anyway, when you pick apart the language the actual diagnostic criteria is not that different between the two.

Surely you can say that about anything? “Ooh, I’ve got a chest pain – perhaps it’s a heart attack! My stools don’t look right – gosh it could be cancer. Maybe I ought to see a doctor?” Surely having more information is a GOOD thing, not a bad thing! Normally people instinctively know there’s a problem, whether they themselves are having difficulties or it’s their child. A mother’s instinct is rarely wrong. The internet gives us the opportunity to explore medical conditions, so we can present a reasoned case to the doctor, rather than just going along with some non-specific “I think there might be something wrong” that doesn’t give the GP a lot to go on. And anyway, in the UK ADHD has to be diagnosed by a psychiatrist or an ADHD specialist consultant, not by a general practitioner – so it’s just not possible for people to self-diagnose, make an appointment with the GP and come away with a prescription for Ritalin. Getting an ADHD diagnosis is difficult and can take months or even years.

Finally, a word about the author of this report, Professor Peter Conrad, of Brandeis University, US. ADHD is a neurological condition, a biological difference in the brain – brain scans have proved this. It is also genetic – the links between parents and children, and twins, are well known. ADHD is not a social condition, it’s not caused by bad parenting or TV or anything else in society. So why is a report about a medical, neurological condition written by Professor Conrad, who is a professor of sociology – not neurology or psychiatry or even medicine – but sociology, being taken so seriously?

1 comment on “My take on the Daily Mail article “Rise in ADHD cases is ‘due to marketing, not medicine'”:”